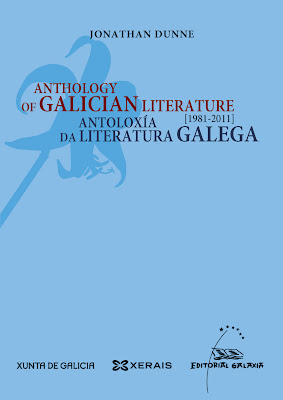 While the earlier volume was intended to give an overview of the history of Galician literature up to the present day, this second volume aims to introduce the English-language reader to contemporary Galician writers. Sixty texts by sixty different writers ranging from Xavier Alcalá to Domingo Villar, passing through more established names such as Chus Pato and Manuel Rivas, and including younger names such as Oriana Méndez and Daniel Salgado, present the genres of adult and children’s fiction, poetry, drama and essay in a bilingual Galician-English edition. In the case of living authors, all the texts were chosen by the authors themselves; thirty-nine of the texts date from the twenty-first century, making this volume highly up-to-date.

It is hoped that this book will enable the interested reader to access some of the best of what is being written in the Galician language today.

Anthology of Galician Literature 1981-2011 is edited and translated by Jonathan Dunne, with additional translations by Roy Boland, Erín Moure and Sonia Soto, and published by Edicións Xerais de Galicia and Editorial Galaxia in collaboration with the Xunta de Galicia. A list of the contents is to be found here.
Posted by Jonathan Dunne at 4:07 PM